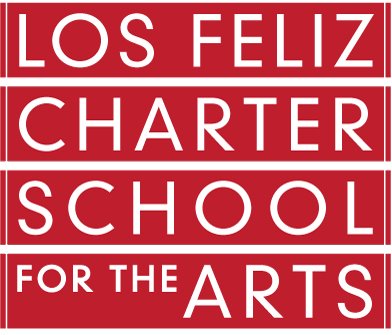 On June 10th, 2017, we had the great pleasure of celebrating our LFCSA alumni and their families.

Welcome back LFCSA Alumni!!! It was so wonderful to reconnect with you and your parents yesterday, and to see what accomplished individuals you have become. Let’s do it again! And thank you to all our devoted staff for organizing a very special (and delicious!) homecoming for this outstanding bunch.

Congratulations to LFCSA alumna Ida Allen-Auerbach for her play “Metropolis” with the Silverlake Children’s Theater Group! Many current LFCSA students and alumni participated in this terrific production. What an outstanding job!

Ida culminated at LFCSA in 2014 and has been at T.S. King Middle School’s Arts and Technology Magnet. Her and her brother Linus have been part of the Silverlake Children’s Theater Group program for several years. This is Ida’s first experience as a playwright.

Set in a futuristic dystopia divided into two distinct and separate classes – the thinkers – “Metropolis” describes a society where the“New World Order” has already taken been implemented and a select elite live in luxury while a dehumanized mass work and live in a highly monitored hell.

Based on the 1927 spectacular science fiction film directed by Fritz Lang, their take on “Metropolis” involves a recently-elected fascist/tyrant whose rule threatens the peace and integrity of the great city of Metropolis. It’s a futuristic nightmare of nationalism, bureaucracy and censorship that’s part “1984,” part “Brazil,” and part Pink Floyd/Talking Heads/David Bowie.

A 2012 graduate of LFCSA, Mayumi Rhone went on to Renaissance Arts Academy, and is now in the 9th grade at the Los Angeles County High School for the Arts (LACHSA).  As a dance major at LACHSA, “I have dance every day– from ballet and modern to jazz,” Mayumi reported.  “It’s a lot, but I love it!”  Mayumi also continues to dance and perform with Lula Washington Dance Theatre, which she has been doing since before her time at LFCSA.

“What I remember most about LFCSA is the community,” Mayumi noted.  “The community was so strong.  From birthdays to field trips, the kids and parents all knew each other.  There were such strong bonds.”  With regard to academics, Mayumi felt that her time at LFCSA helped “nourish and blossom my love for reading,” especially her 4th grade teacher, Mr. Edwards.  “He helped me learn how to think, how to put things together.  It was challenging, but in a good way.”  The arts classes were “always highlights of my day,” Mayumi recalled.  “It made learning much more fun.”  For instance, “dance would be tied into what we were learning in history.  I learned a lot more that way.”

Although Mayumi has a full schedule with academics and dance every day, she “still [has] friends and freedom…. I make a few sacrifices, but I’m still able to do other things I want to do,” particularly during the summers, when she takes up horseback riding, designing clothes, and being a junior lifeguard.  “I’ve seen other kids who only do dance or their specific activity, and that attitude can cause you to lose your love for it,” she explained.

After high school, Mayumi hopes to continue dancing, ideally in musical theater or on Broadway one day.  “I love being on stage– acting, dancing, I love it all,” she said.  “I also love being surrounded by other people in the visual arts and other disciplines and learning from them as well,” she added.  According to Mayumi, LFCSA helped her develop these lifelong skills and passions.  “It was challenging at times, but it paid off.”

Morgan Rhone graduated from 6th grade in 2016, and is currently in the 7th grade in the Performing Arts Magnet of Bancroft Middle School.  This year, he participated in both the music and theater programs of the magnet.  An avid musician, Morgan played the guitar for LFCSA’s 5th and 6th grade culmination ceremony last year, and currently plays lead guitar in his afterschool rock band.

What stood out for Morgan during his time at LFCSA was “how nice the staff was.  Everyone was really nice.”  Morgan recalls talking to teachers he didn’t initially know, like Mr. Zanoria.  “After talking with him for a while, I found out he was a really cool guy.”  Morgan also had high praise for the project-based curriculum at LFCSA.  “All the projects were really fun.  I’m better at learning with things are fun.”

In middle school, Morgan has noticed that his new classmates often weren’t as enthusiastic about their elementary schools as he was about LFCSA.  “Everyone was just so nice and helpful and really fun.  The way we learned was really fun.  I wish LFCSA could have gone all the way to 12th grade.  It would be such a cool school.”  In the future, Morgan hopes to an actor, filmmaker, or musician.  “LFCSA helped me get interested in all those things,” he explained.

Morgan and Mayumi’s mother, Shari Rhone, added that “as a parent, I never felt more taken care of than I did at LFCSA.  The staff went out of their way to help my kids and make sure they were creatively engaged.  They really went above and beyond to communicate with us.  We loved our time there, and I have no doubt LFCSA gave my kids the best foundation for the rest of their educational careers.”